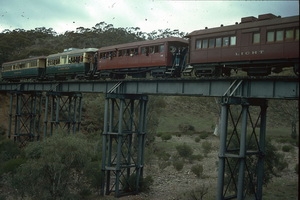 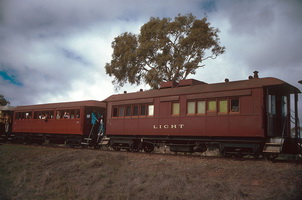 Built at Islington in 1909 as narrow gauge composite class bogie lavatory car "170" and issued to the Northern Division. A total of 16 cars, numbered 157, 158, 161 to 170, 175, 176, 198 and 199, were built with a body of 31 foot 6 inch long, 7 foot 6 inch wide and issued to the Northern Division. Internally the car was divided into two compartments with longitudinal seats along each side. The lavatories were in the centre with a 2 foot 1 inch wide passageway between them. A hinged door on the centre line kept the two compartments separated. All cars were issued fitted with electric light. Capacity of car "170" was 14 first and 16 second class passengers. 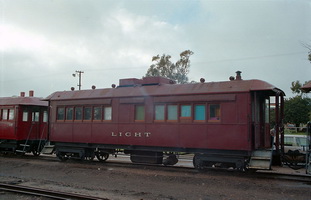 During 1929-30 it was converted to a dining car with sleeping accomodation and formed part of a Commissioner's consist on the Peterborough division officer's inspection tours. One half was fitted with four longitudinal berths and the other fitted with four tables as a dining saloon. Later the sleeping accomodation was converted to a kitchen. Fitted with vestibule arrangement (doors and covered walkway, which was later removed. 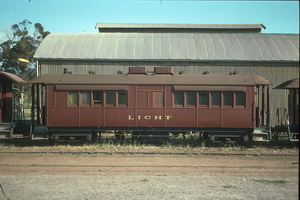 Obtained in 1974 by Pichi Richi Railway who use it as an on train souvenir and refreshment car.