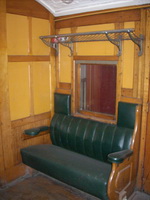 External dimensions of the "ABE" are the same as for "AE" and "BE" class cars. Internally each car had 8 compartments, 1 smoking, 2 non-smoking and 1 ladies in each class. The ladies compartments are situated in the centre with the ladies lavatories between them. Access was via the first and second class ladies compartments which reduced seating to five and seven respectively. The ladies toilet compartments were 3 feet 10¼ inch long and 3 feet 1¼ inch wide with a dividing wall between.

three swing doors were located in the corridor. One was between each smoking/non-smoking and the other mid-way along the corridor dividing the two classes. Until the mid 50's this door was kept locked. The first class compartments are 6 foot 10 inch long while the second class are 1 inch shorter. Original weight was 35 tons 2 cwt, increased to 35 tons 11 cwt.

An "ABE" car was operated on The Overland for a number of years prior to the Second World War between Melbourne and Serviceton in each direction for local traffic. These were replaced by South Australian Railways centre aisle cars, which worked right through from Adelaide to Melbourne, until reinstated early in 1953.

A longitudinal seat for two passengers was located at each end opposite the mens lavatories. 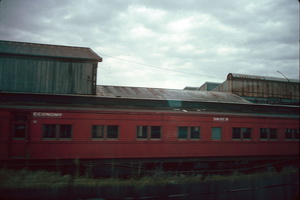 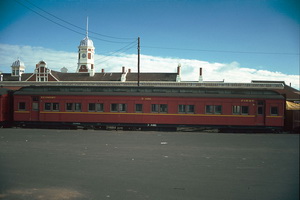 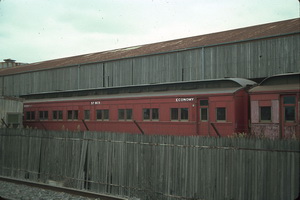 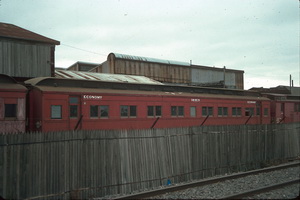 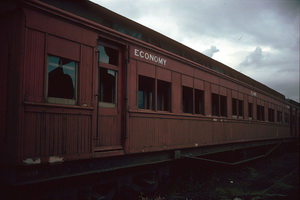