Pullman sleeping car "Mount Lofty" was originally used by the South Australian and Victorian Railways on The Overland before being sold to the Commonwealth Railways.

One dining and two sleeping cars were jointly purchased from the Pullman company of America in 1927, at a cost of £19,378 for each vehicle. The sleeping cars were jointly owned by the South Australian Railways and Victorian Railways, and featured twin berth cabins, which had own washrooms, wall bracket lamps, wardrobes, hot and cold water, fan, chair and a shoe locker that opened to the corridor. Each berth had a personal toilet and was steam heated. 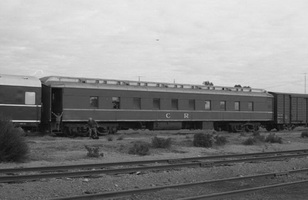 Because of their weight they were withdrawn from service during the depression years (1930-1935) and altogether in 1940. The dead weight of nearly four tonnes per passenger was too great, costing 4.5 pence per Km to shift against 2.8 pence for older stock.

The South Australian Railways stored the car at the Islington workshops in 1942. At one stage the possibility of converting "Mt Lofty" to a sitting car had been investigated and one compartment partially set up and another stripped before it was decided not to proceed. In 1964 the car was sold to the Commonwealth Railways. 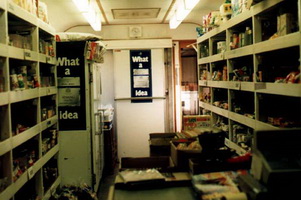 It appears that "Mount Lofty" should have used road number "73" as this had been reserved for it in 1950 when "Macedon" and "Hopkins" were purchased from the Victorian Railways. "Mount Lofty" was to be purchased at that time, but the sale subsequently did not go ahead. 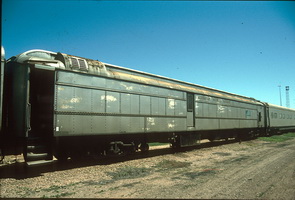 After delivery to the Commonwealth Railways it was put into Storage at Port Augusta Workshops until conversion to a "Marketing Van" for use on the "Tea and Sugar".