Classified by the South Australian Railways as "first class end loading vestibule country cars". Built at Islington in 1942. Tare 36.6 tonnes, roller bearings. Seated 38 first class passengers in two compartments, arranged two on one side of the isle, and a single seat on the other.

The 3 remaining "780" steel cars were transferred to Australian National Railways in July 1977. They were released to traffic for use on fast mixed goods train services. Road numbers "BF 343", "BF 344" and "BF 345". Classified as "non-airconditioned economy class sitting car with cooking facilities". 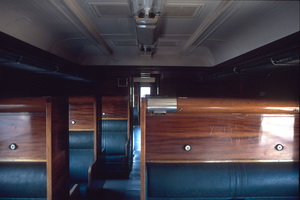 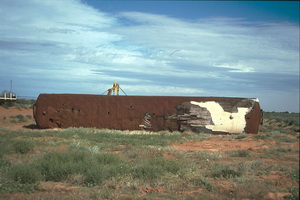 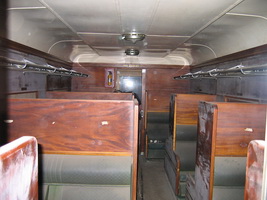 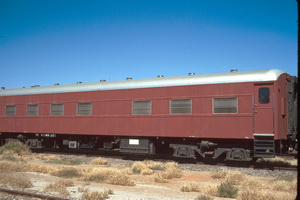 First class end loading vestibule country car. Entered service as a similar car to the other 780 class. In 1973 it was coverted to a Departmental Officers car for use with the Vice Regal car and the Commissioners car Murray. This involved fitting vehicle out with sleeping compartments and a kitchen. Also title as Commissioners Power car. Sleeps 8 passengers. The conversion work involved fitting the car with a number of sleeping compartments and a kitchen. The car was not air conditioned, but it was fitted with an under-floor alternator set to provide power to itself and one other vehicle. The bogies fitted to the car were orginally used under the Cafeteria Car, but had become surplus when that vehicle was fitted with Commonwealth style cast steel bogies.

It was a common sight in 1978 on Port Pirie passenger trains were it was usually supplying air conditioning power for an "RBJ" class buffet car, while the Cafeteria Car was undergoing a service.

It was retained by State Transport Authority of South Australia when the S.A.R. was sold to the Commonwealth.