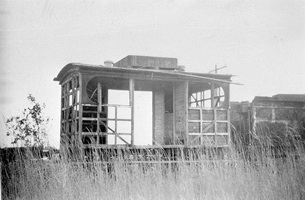 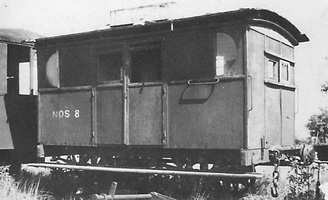 Built at the South Australian Railways Adelaide locomotive workshops 7.1879 and issued as second class car No. "10". Rebuilt as Ambulance in 12.1890 with accomodation for 1 patient and 1 attendant and sent to North Australia Railway. Transferred to the Commonwealth in 1911 and renumbered "NOS 8".

It was referred to locally as the "leper van" as it was normally used for transporting lepers.