The first of these cars was obtained from Wegmaun & Co., Kassel, Germany, as a trial vehicle. Each of the car accommodated eighteen people in individual compartments and the trail showed that they were popular with the customers. As a result an additional four carriages of this type were purchased. The main feature of the cars was a new staggered or zig-zag type corridor which has not previously been used in Australian. This idea had been developed some years previously by Wegmann & Co. and enables the car designer to utilize to better effect the space in each compartment. Sufficient space was provided for passengers to dress and undress in the compartment, with the berth down, unlike the South Australia Railways Overland cars which required the use of a modesty curtain when lowering the bunk. The car used a vertically hinged berth folding back into a recess on the cross-partition. A substantial luggage rack was provided in the opposite cross partition.

The seats were unfolded longitudinally to allow the berth to be lowered. The berth had parallel sides.

All interior panelling and partitions were timber, featuring veneers in their natural colours. The car compartments were lined with Swedish birch veneered panels with the ceilings in birds-eye maple, and the corridor featured a combined effect with teak from floor to waist height and then sycamore to the low ceiling, which was painted off-white.

The conductor had a compartment for his personal use, including a folding berth similar to that in the passenger compartments, stainless steel sink and drain board, folding table, reading lamp and wardrobe, at one end of the car. 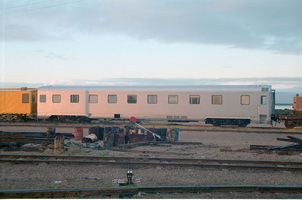 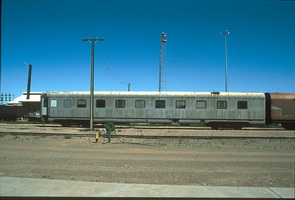 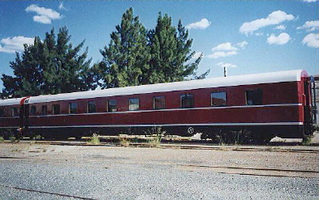 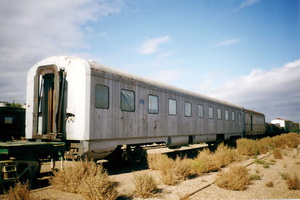