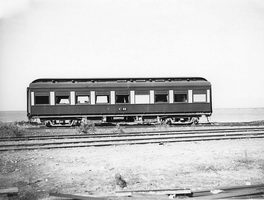 Wooden first class lounge car built by the Port Augusta Workshops on a supplied underframe of "RA wagon 666". It was originally intended to be a lounge car, but before completion was converted to a special car for use on the first passenger train. 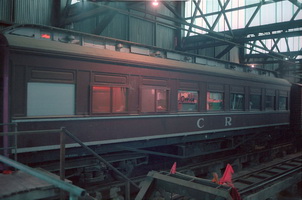